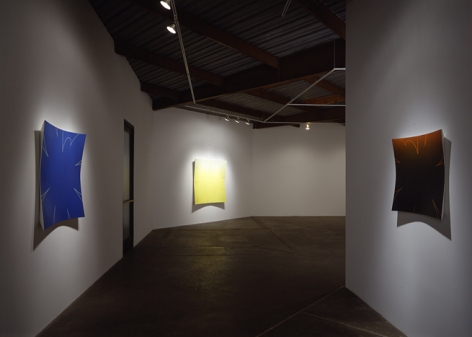 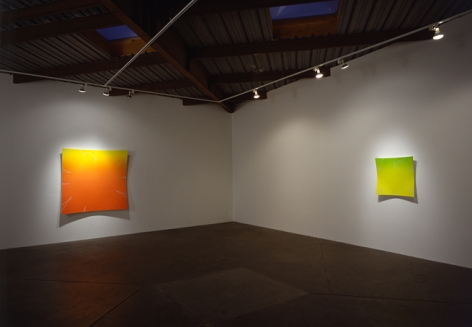 The Mark Moore Gallery is pleased to announce the representation and the first Los Angeles solo exhibition of Yek, one of the most highly acclaimed young artists on the West Coast.

Yek’s work was included in “New American Talent 13”, curated by Robert Storr and “Ultralounge: The return of Social Space” curated by Dave Hickey. An online catalogue can be viewed at www.usfcam.usf.edu

Most notably, he was recently named as part of both Jeffrey Vallance’s Top Ten for the 1990’s feature in ARTFORUM this past January, as well as that of Dave Hickey in the December 1999 issue, subtitled "Best of the 90's".

Yek’s work reflects his intellectual endeavor arguing that color constitutes a complex and knowable language - that through it’s use one may be able to comprehend the nature of how we take in and process visual information. As critic Michael Darling put it, “Sometimes reminiscent of the fantastical nature paintings of Agnes Pelton, who also found inspiration in the desert, Yek comes across as a romanticist of the neon era.”