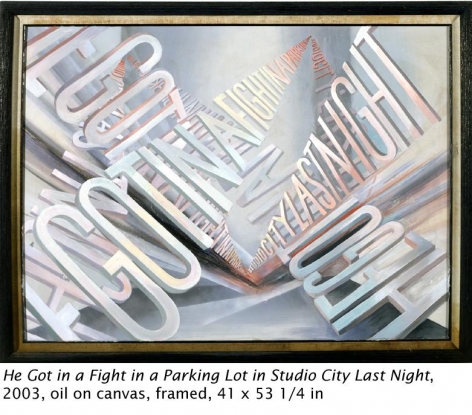 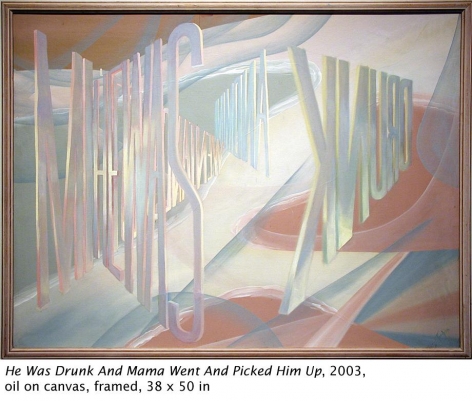 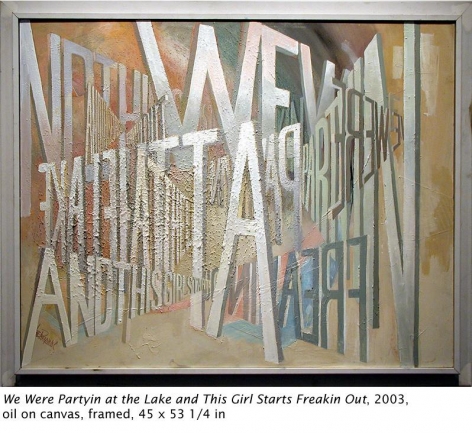 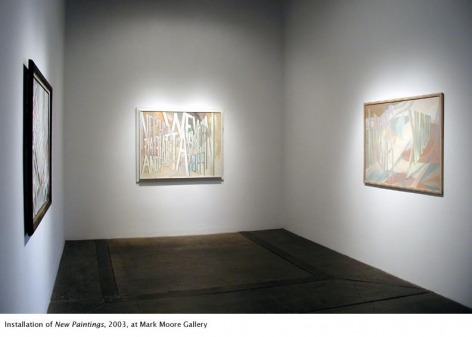 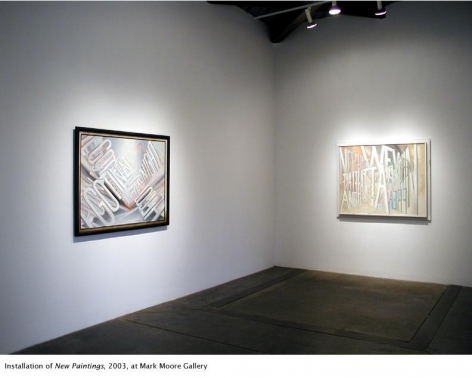 The Mark Moore Gallery is proud to present the second solo exhibition by Los Angeles artist Wayne White. The show is comprised of four large abstract oil paintings, originally found in thrift stores, and reworked in to one sentence story/images. His new word paintings forge in to ’beige’ America – the suburban miasma, as smart, acerbic, and down home narratives such as, “Wrapped Round A Pole In Pomona For All I Know”. There are no picture perfect lawns or swimming pools as subjects in these works - only fights, car wrecks, and too much liquor. As complex images, the paintings draw upon a host of historical references, from the Futurist painters of the early 20th century, to modernist architecture, and contemporary television advertising.

Wayne White is a product of Chattanooga, Tennessee, New York and Los Angeles experiences. Growing up in the southern town of Chattanooga furnished White with an innately American narrative voice, simultaneously historic and disjunctive. He has studied with the famed illustrator, Art Spiegelman, and worked ten years as a cartoonist for the New York Times, Rolling Stone, the Village Voice, set designer on ’Pee Wee’s Playhouse’, Art Director for Peter Gabriel’s ’Big Time’ and the Smashing Pumpkins ’Tonight Tonight’ music videos, and puppet designer for “Beakman’s World.”