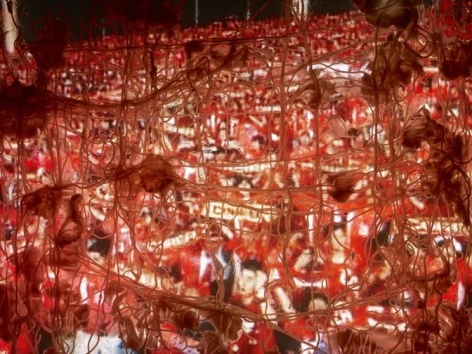 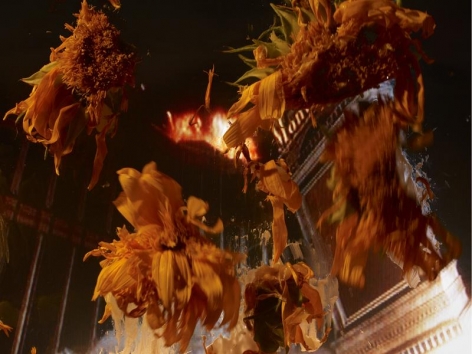 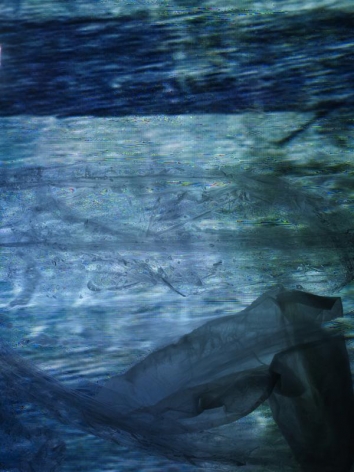 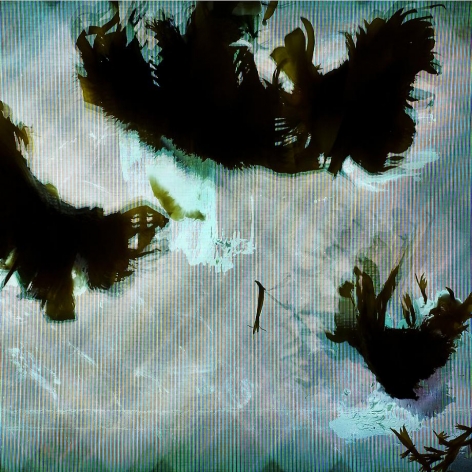 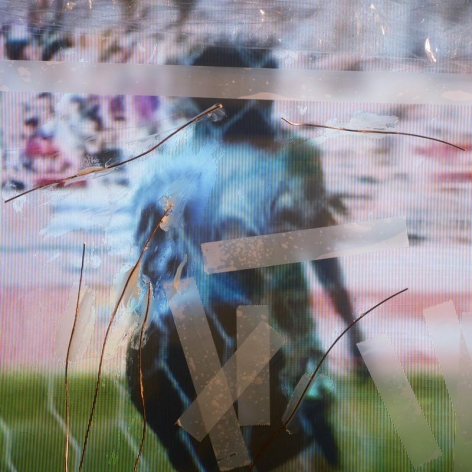 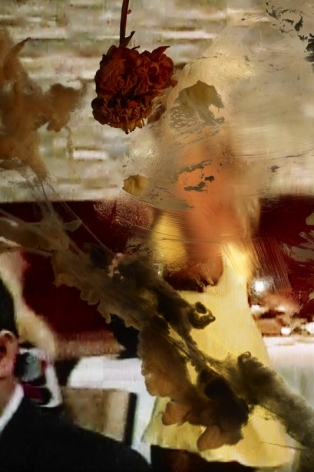 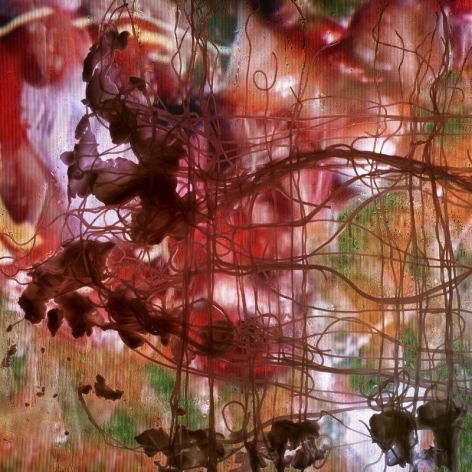 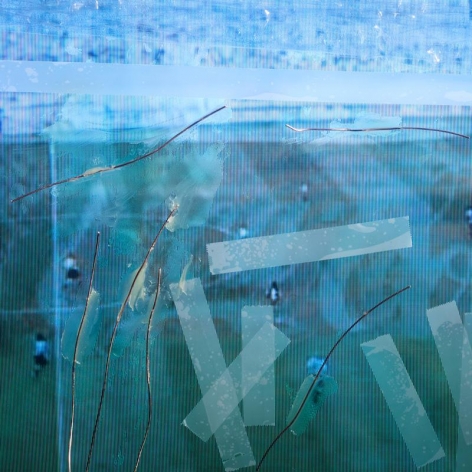 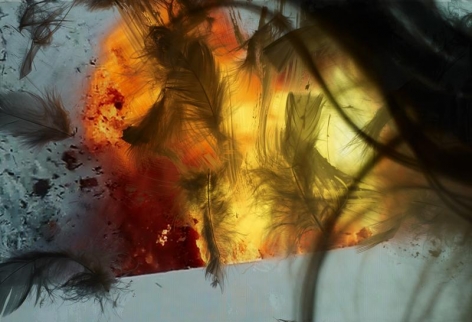 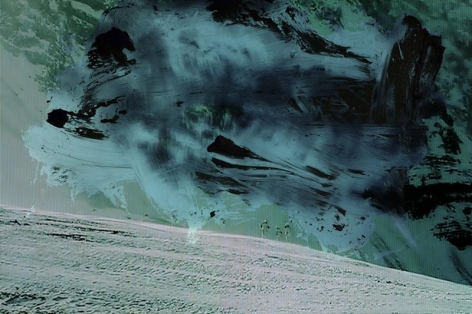 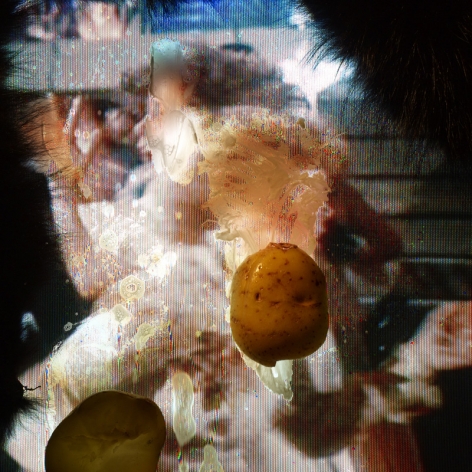 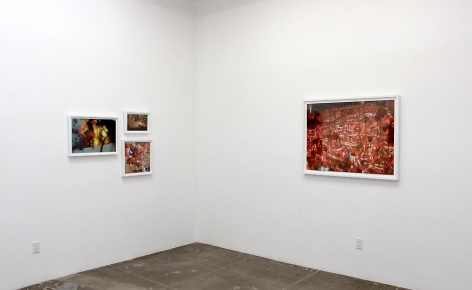 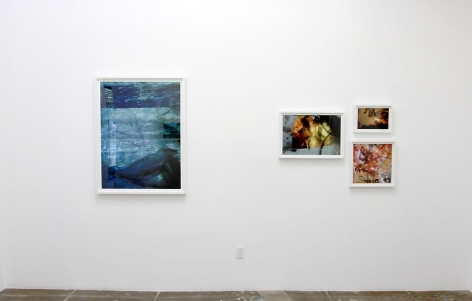 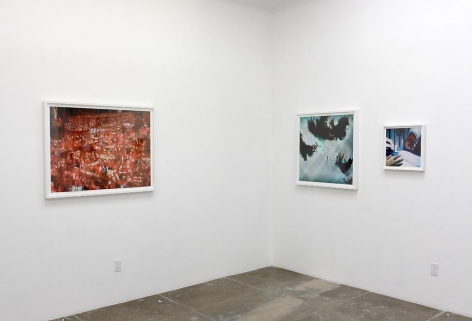 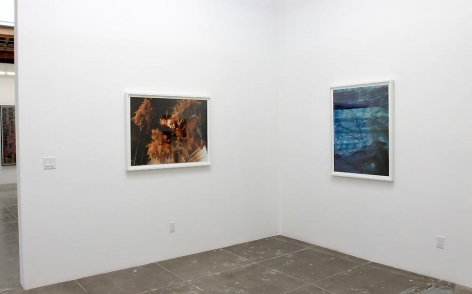 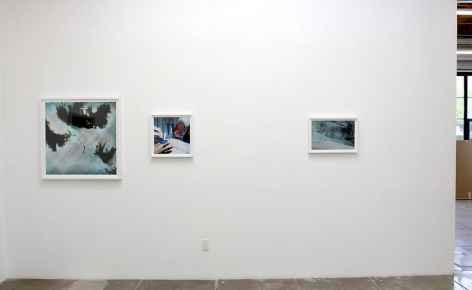 Mark Moore Gallery is pleased to announce "Twice Told," the gallery's inaugural solo show by emerging artist Stephanie Washburn. Featuring photographs from “Reception” – a series of "television drawings" - her work explores the persistence of human touch in relationship to pictorial flatness, and the resulting interface between painterly and digitally mediated images.

With references to Abstract Expressionism, feminist art practice and early performance, Washburn coalesces real and fictive states through the interplay between televised imagery and ordinary household items. Repurposing the programmed content as passive backdrop, chance encounter, or found object, her materials assume an unlikely focal authority. Materials such as butter, pillow stuffing, and cling wrap fuse with the broadcasted picture plane, the gestural application of which forges an array of abstraction and counter narratives. By manipulating the variables of exposure time, scale, orientation and cropping, her imagery distances the viewer from the original referents, culminating in a tension between the ideas of a photograph as artifact and construct. At times celebratory, destructive, and humorous, Washburn's luminescent displays advocate for agency in perception, both through the staged nature of photography and her experimentation with the theatricality and malleability of the painting process. In a post-industrial and increasingly digital world, Washburn returns us to fraught politics of the body – each work driven forward through the lingering sensation of the artist's touch.