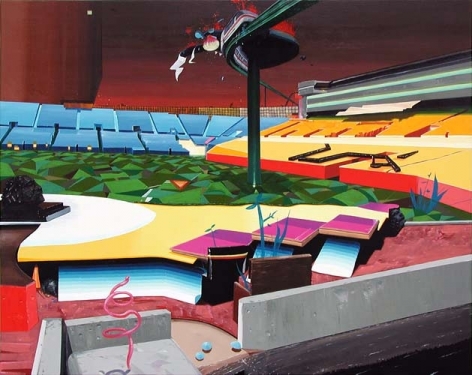 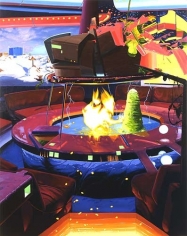 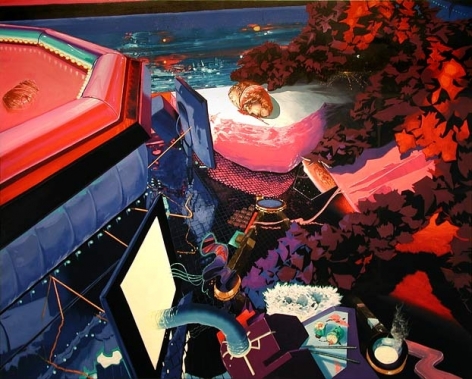 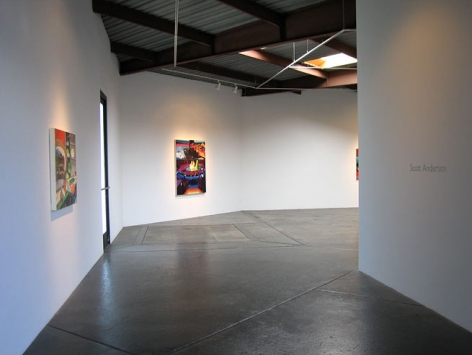 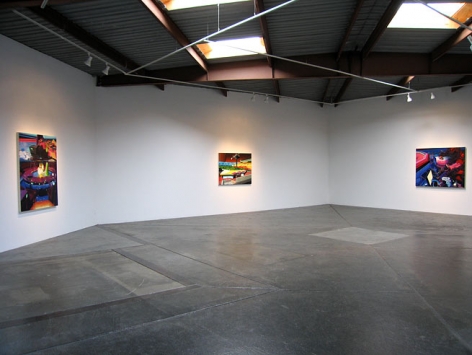 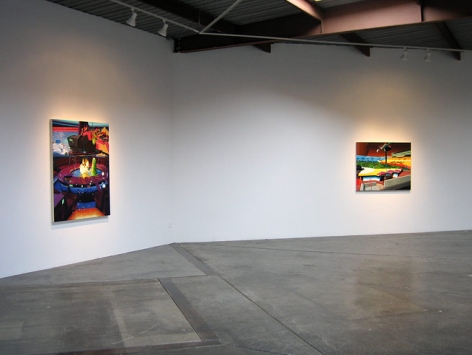 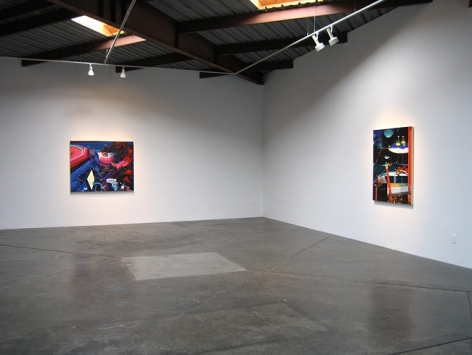 Mark Moore Gallery is pleased to announce the first solo West Coast exhibition of the work of Scott Anderson.

Anderson, a young painter from Chicago, makes oil on canvas works in which a multitude of perspectives, objects and vignettes are conjoined in what the artist describes as “different possibilities of space–existing simultaneously.”

Anderson’s canvases pull from real-life experiences and fantasy, a mishmash of TV and movie viewing, architecture and design, comic books and art history.

Neither utopic nor dystopic, Anderson’s work plays on the disjunctive nature of modern life, tempting viewers to join him a subtle enjoyment of its many complexities.