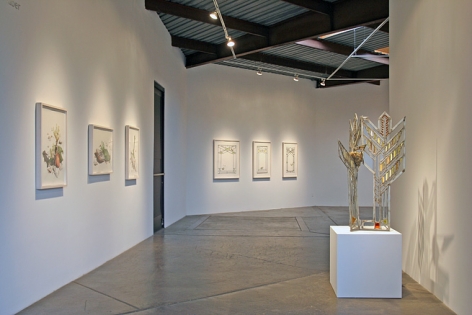 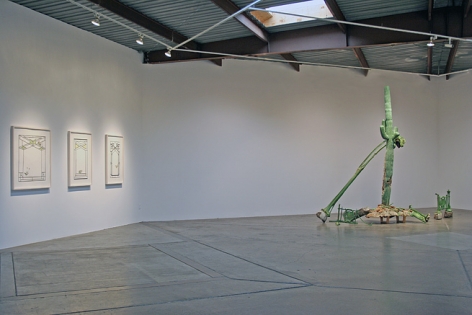 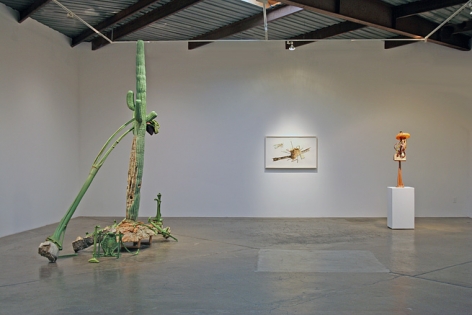 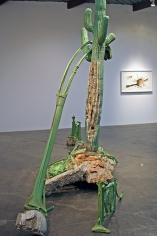 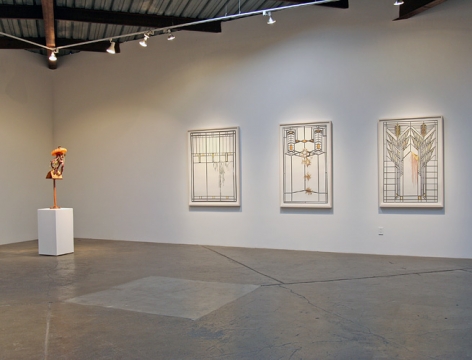 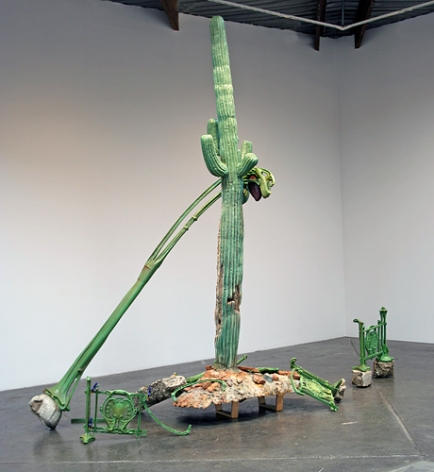 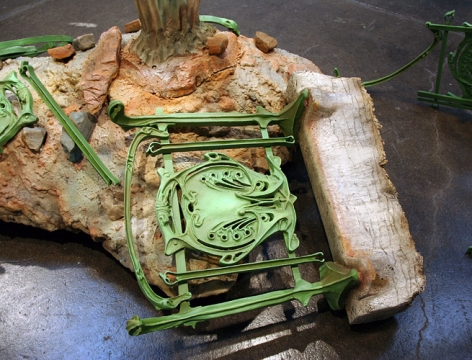 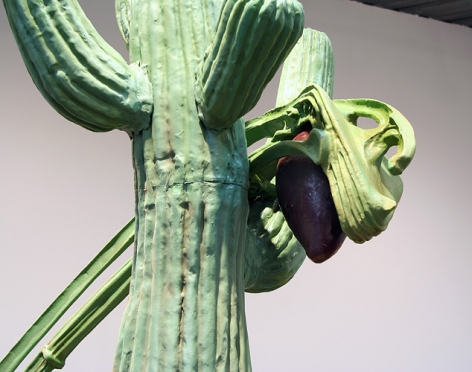 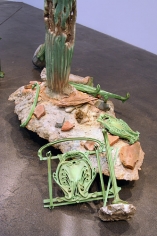 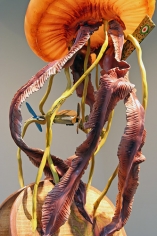 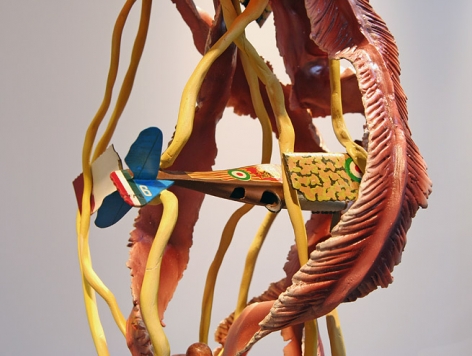 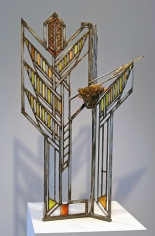 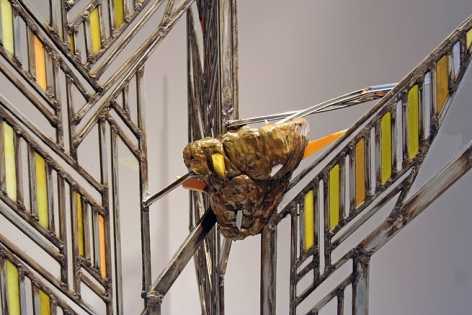 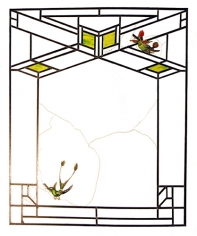 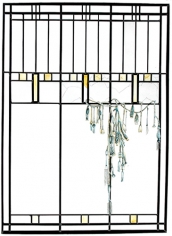 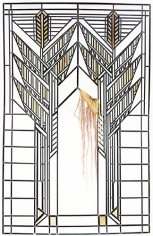 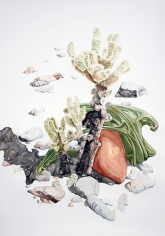 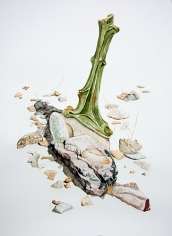 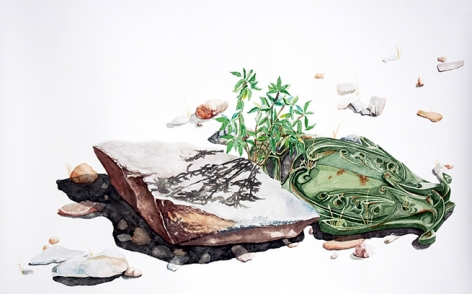 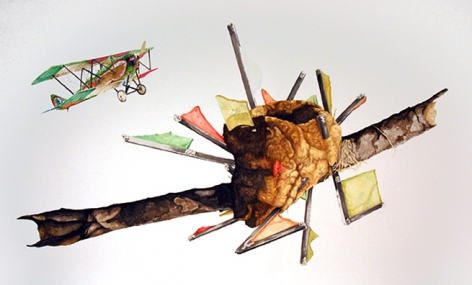 Mark Moore Gallery is pleased to announce A Rhetoric of Ills: The Ekologie of Ornament at the Causatum of Stillness, Ryan Taber’s second solo exhibition at the gallery. The exhibition brings together a selection of Taber’s recent drawings and sculptures drawn from interrelated research projects.

In Taber’s Light Screen series, graphite and watercolor render neglected Frank Lloyd Wright windows that once mediated his patrons’ views of the world outside of his enclave. Appropriating illustrations of marine life by the nineteenth century Natural Philosopher Ernst Haeckel, Taber’s broken panes become host to a series of miraculous vandals, various species of Haeckel’s Hydrozoa.

Somewhere Outside Phoenix; Guimard’s Annexation of Antonioni’s Mirage, is the most ambitious sculptural work in the exhibition. For this piece, Taber reconstructs a scale model of a small section of a landscape from a still extracted from Michelangelo Antonioni’s Zabriskie Point. The scene reflects the perspective of one of the films’ protagonist’s as she gazes toward a hillside residence designed by a student of Frank Lloyd Wright and imagines the structure exploding across the Arizona horizon. In the work, the desert flora of the scene bear the evidence of the mirage’s effect, only the blast debris is from an earlier architectural form, Hector Guimard’s Metro entrance adjacent to the Louvre. This spacio/temporal rift alludes to the cycles of political agency associated with periods of romantic idealism while considering the consequences of the stylization of their record.