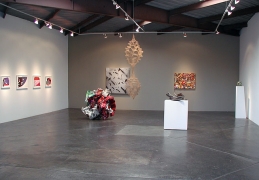 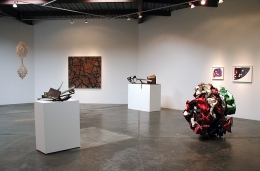 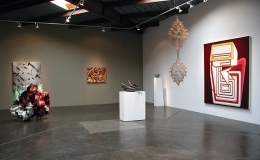 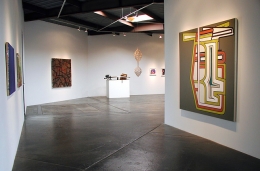 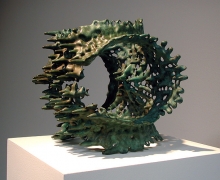 The eight artists in this exhibition pursue distinct, idiosyncratic abstract languages, working with the conviction of the believer, as opposed to the doubt of the cynic. Painting & Sculpture skips a generation, linking the concerns and attitudes of sixties and seventies artists like Asawa, Chamberlain and di Suverro to a divergent grouping of young painters working with a range of materials.

Bart Exposito has recently shown at Daniel Weinberg Gallery in Los Angeles and the Donna Beam Fine Art Gallery of the University of Nevada Las Vegas. Rebecca Morris will be the subject of a one-person exhibition at Chicago’s Renaissance Society in 2005. Michael Reafsnyder has upcoming shows in 2004 at Galerie Marta Cevera (Madrid) and Uplands Gallery (Melbourne). Ruth Root recently exhibited her work at Galerie Marta Cevera (Madrid) and will be the subject of upcoming solo show at Maureen Paley Interim Art (London) in the fall of 2004. Mary Weatherford has been featured in recent exhibitions at Daniel Hug Gallery (Los Angeles) and Debs & Co. (New York).