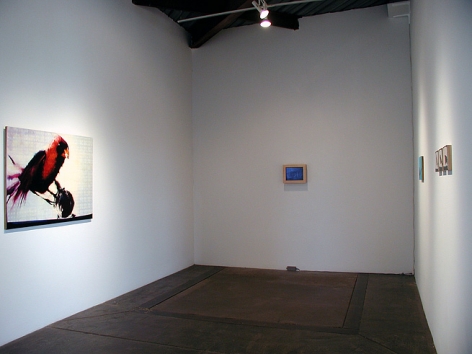 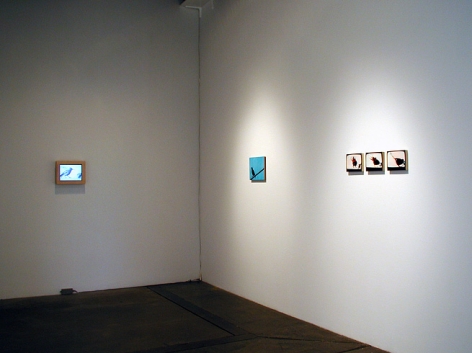 About five years ago, Gail Dawson began painting from digital video. Recorded as computer code rather than on a spool of tape, digital video is not unlike painting: no matter how complex its image are, in the end the whole thing comes down to the little bits and pieces–be they bytes or brushstrokes–making it all up.

Gail Dawson’s paintings and works on paper take on the pixels of digital video as a veil of interference, something between the viewer and what they are looking at, forming and disforming the image, which can only be as ’true’ to its source as the logic of its presentation allows it to be. Pixels, like paint strokes, figure representation and at the same time resist it–consider the hesitant mark of Cézanne or the intentionally indiscriminate brushstrokes of Gerhard Richter–the former signifying a painter’s authorship, the latter implying, for some, the death of the individual’s ability as such. Inspired in part by the caprices of the camera and the charged history of painterly mark-making, Dawson has invented a pictorial language of dots and lines, circles and diamonds to shape and form her images: at some moments, you see an undecipherable array of marks; at others, a bird or person. Dawson’s goal here, at least in part, is to render the mark-making system visible, to make negotiating it a part of looking and to invite the viewer to see not only the image, but also what makes it up.

Included in the show will be several of Dawson’s paintings as well as a selection of her video pieces. Gail Dawson’s work was been included in exhibitions at Gensler Architects, Houston; the Salina Art Museum in Salina, Kansas; the Haggerty Gallery at the University of Dallas; UTSA Satellite Space at the University of San Antonio; and the Jones Center for Contemporary Art in Austin, Texas.