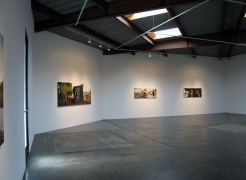 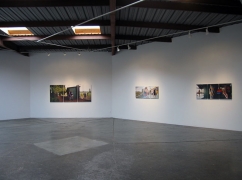 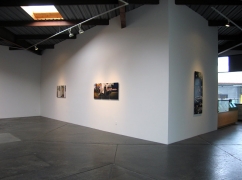 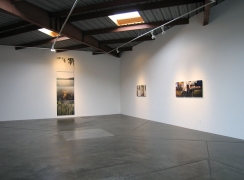 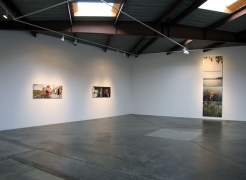 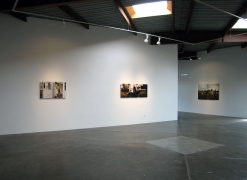 David Hilliard’s large-scale, multi-paneled color photographs strike a balance between autobiography and fiction. Combining elements of humor, drama, and the mundane, Hilliard–who has for years documented his life and the lives of those around him–addresses his own personal history while at the same time invoking experiences common to everyone.

Embellish presents some of the artist’s “most idealized representations of time and space–a world where, for a moment, everything is ’O.K.’…In each image, the temperature seems pleasant, the weather holds out. The subjects and their surroundings are captured in their prime - whether they know it or not.??

Describing the multi-panel format of the work, Hilliard writes, “For me, the construction of my panoramic photographs, comprised of various single images, acts as a visual language. Focal planes shift, panel by panel, guiding the viewer through each image. This sequencing of photographs and shifting of focal planes allows me the luxury of guiding the viewer across the photograph, directing their eye; an effect I could never achieve through a single image.??

In 2004, Hilliard received a Guggenheim Fellowship and was also appointed head of the undergraduate photography department at Yale University, where he earned his MFA. His work is included in such collections as the Los Angeles County Museum, the Philadelphia Art Museum, Harvard’s Fogg Museum, the Whitney Museum of American Art and the List Center for Visual Art at MIT.

Hilliard’s photographs appear in this month's Aperture magazine. The fourteen-page feature reproduces a selection of David Hilliard's recent works alongside an essay by Bill Arning, curator of the List Center for Visual Art at MIT. Aperture will publish a monograph on Hilliard which will be released in the Spring.