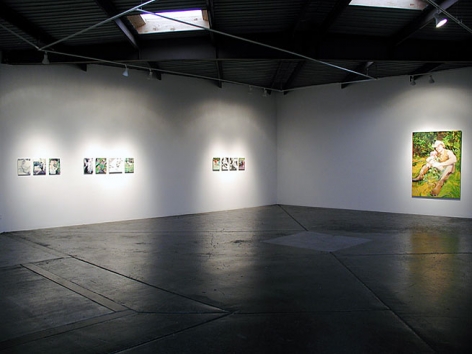 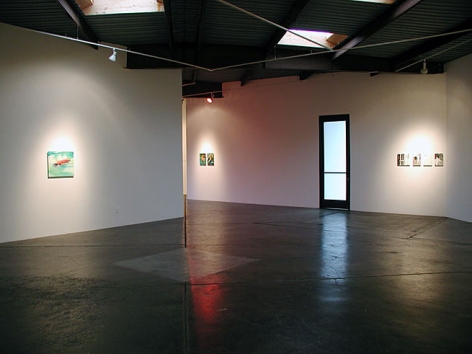 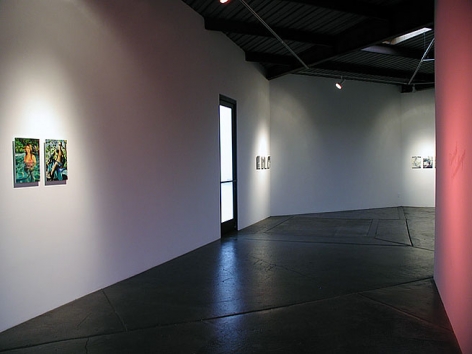 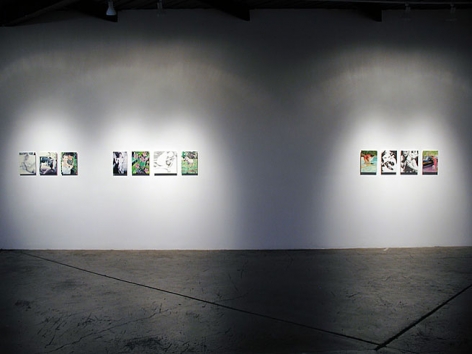 Christoph Schmidberger’s highly rendered paintings approximate the effect of pop culture. The figures in Schmidberger’s work are burnished to appear chiseled and tanned, young and sexy, fabulous and exciting–anything but banal and day-to-day. A response to the speed at which our society packages realities and truths, his paintings of friends, acquaintances–and the occasional stranger–walk a thin line between the autobiographical and the fictional, conflating everyday existence with mass media’s omnipresent constructions. As Florian Steiniger has written for the Essl Collection (Vienna) catalogue of Schmidberger’s works:

“Christoph Schmidberger's strategy of realism does not aim at an out-and-out rendition of reality. Even though his style of painting and drawing is highly accurate in its imitation of the subject matter, there is a sense of detachment from normal figurative pictures in terms of content, when he combines the individual pictures in open-ended series: snapshots are linked as if they were frames of a film, like trains of thoughts and impressions interweaving and resulting in an inhomogeneous and complex structure of events that tells a story.”