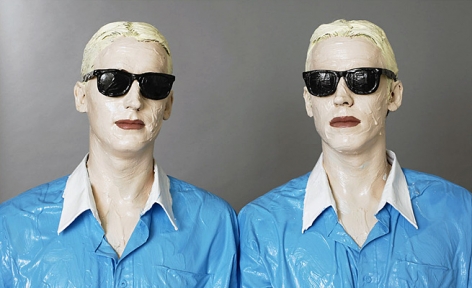 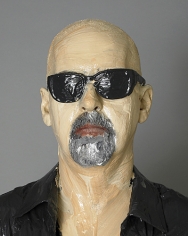 Mark Moore Gallery is pleased to announce new work from British artist Boo Ritson. By combining elements of sculpture, photography, performance and painting, Ritson creates works that hover between definitions and leave the viewer contemplating not only the meaning but also the medium. Ritson pushes the boundaries of reality, forcing her audience to question what is right before their eyes. Past projects have included Cast, in which Ritson covers her sitters’ head and clothes in paint, creating a new character that she then photographs. The resulting image is an unnerving mix of the imaginary and the real. Ritson says, "The ’Cast’ are the people that the people I know could be, if they weren’t the people I know". In the larger context of her work, it could be said that Ritson also transforms objects into what they could be, were they not the objects they actually are.

Ritson received her MFA in sculpture from the Royal College of Art in 2005 and her BFA from Buckinghamshire Chilterns University College in 2002. She has exhibited widely throughout Europe and the United States, including a solo exhibition in 2006 at David Risley Gallery, London, and group shows at Spitalfields, London, PumpHouse Gallery, Battersea Park, London, and De Parel, Amsterdam.