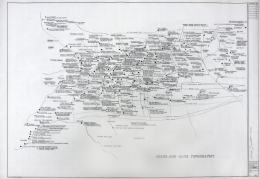 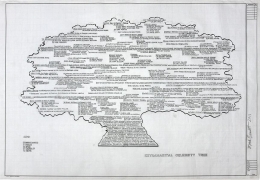 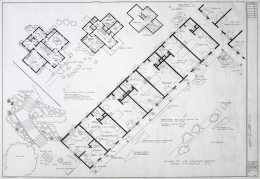 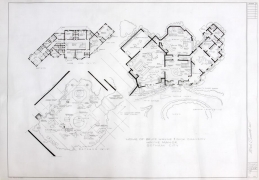 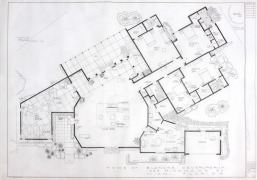 Mark Moore Gallery is pleased to present Family Tree, a solo show of new works by Mark Bennett. This will be Bennett’s first solo show since 2005.

For the past 20 years, Tennessee-based artist Mark Bennett has made art firmly rooted in the collective American experience of television. His drawings and lithographs are "blueprints" of famous television houses from such classic sitcoms as I Love Lucy and The Brady Bunch. Drawing these fictional dwellings from memory, Bennett documents the minutiae of the characters' lives by constructing their environments with a painstaking level of detail.

For this exhibition, Bennett continues his exploration of floor plans and includes new family tree drawings, painstakingly charting Hollywood romances, both known and unknown. Passionately researching every relationship before incorporating it into the artwork, Bennett creates drawings that are a radical mix of deft information science, tabloid gossip fodder, and insight into the American psyche as he reflects on the idealized and stereotyped notions of American life as perpetuated by mass culture.

Born in 1956 in Chattanooga, the artist was a self-described "television addict" as a youth, watching and re-watching episodes until he had memorized the details of more than 45 situation comedies.
Unlike American Pop artists of the 1960s such as Andy Warhol and Roy Lichtenstein, who appropriated images from mass media as subjects for their work, Bennett has reconstructed spaces, and lives that were intended only to flicker on the screen.

Mark Bennett's (b. 1956, Tennessee) Since his induction into the gallery in 1995, Bennett has been included in over three dozen significant museum and group exhibitions, including those at the Corcoran Gallery of Art (D.C.), Aldrich Museum of Contemporary Art (CT), Walker Art Center (MN) and Los Angeles County Museum of Art (CA). His work has been acquired for the permanent collections at the Museum of Modern Art (NY), Los Angeles County Museum of Art (CA), Orange County Museum of Art (CA), Corcoran Gallery of Art (DC), West Collection (PA), and the Portland Art Museum (OR), among others. Earning reverence from both critics and collectors alike, Bennett has been coined a master of nostalgia and social evaluation, acting as "the most earnest of his generation of West Coast artists drawing on popular culture" (Grady T. Turner, Art in America). 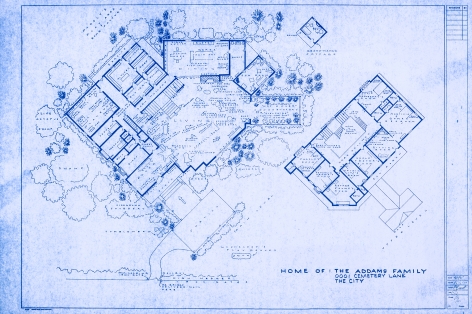