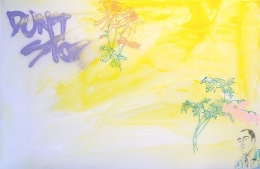 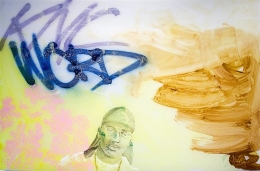 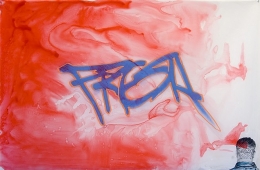 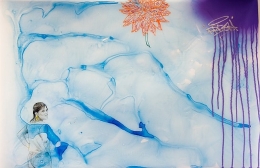 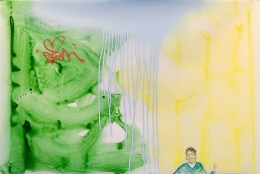 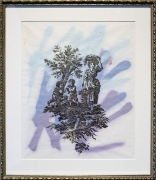 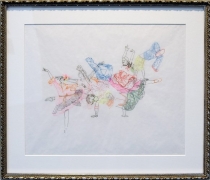 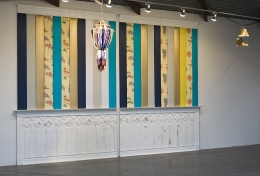 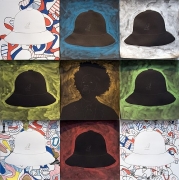 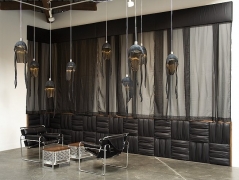 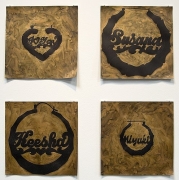 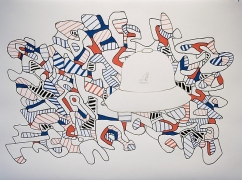 Mark Moore Gallery is pleased to present new work by emerging young artist, Kendell Carter. Carter's sculptural installations and recent works on paper blend urban street culture with traditional decorative elements, pair camo with toile and combine luxury with the mundane in a style conscious fusion. The result is clever and playful, yet the superficial humor of these cultural juxtapositions only briefly conceals the historical conflicts and contemporary issues that they ultimately reference and reveal. This decorative sampling and re-mixing acts as both a celebration and parody, embodying a society where social distinctions are becoming increasingly indiscernible; traditional luxuries are antiquated, urban becomes desirable and street culture is glamorized through songs, television and music videos. Carter's interiors highlight the idea that even the most intimate aspects of our lives are reduced to the superficial, their sole purpose being to project the desired image. The viewer, such as in life, must consider and question how to interact with these uncanny spaces. His work acts as a catalyst, spurning a dialogue involving race relations, consumerism, wealth and utility.

[Carter] has reified the complex, cross-cultural urban experience, and in doing so revealed some of the multiple conflicts and collusions that inform its very existence.
Constance Mallison

Since receiving his MFA from California State University, Long Beach, CA last year, Kendell Carter has exhibited at the Hammer Museum in Los Angeles and received critical acclaim in publications such as Art In America, Sculpture Magazine, LA Weekly and the Los Angeles Times. He has exhibited across the United States and has participated in group shows that traveled across Europe. American Traditions will be his inaugural solo show at the Mark Moore Gallery. Carter lives and works in Long Beach, CA.