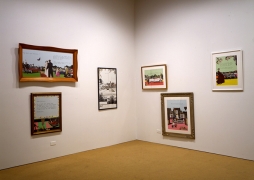 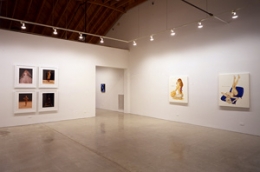 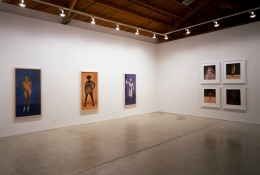 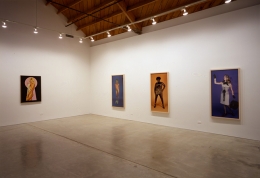 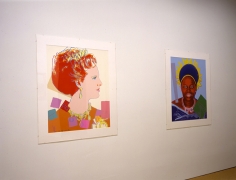 A look at the female form divine through the creations of six great american artists (four men, two women) who approach the notion of a “fairer?? sex with humour, irony, and (ultimately) great respect.

Mark Bennett presents three recent collages from his on-going series the Effects of Fords on Barbara - shopping, consuming, vehicular babes; David Levinthal will present four surrogate babes from his last four bodies of work - “American Beauties??, “Desire??, “Blackface?? and “Barbie?? (Yes, Barbie - who may not qualify as a surrogate); Catherine Opie’s presented opinion of babes are three large-scale c-prints of drag babes (hey, it’s all about choices); Mel Ramos is represented by two works (one from the 1960s, one from the 1990s) of busty babes - one frolicking with a walrus, one really enjoying a martini; and that icon-maker of icon-makers, Andy Warhol, giving us back our beatific babe - jackie.