An Initial Exploration of Oraficial Relatedness, 2001; Acrylic on canvas (diptych), 51 × 80 in 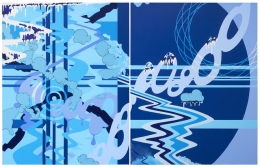 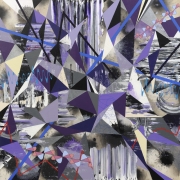 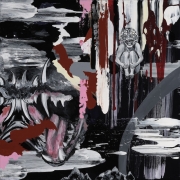 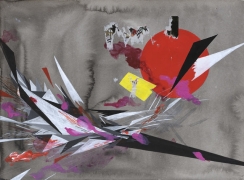 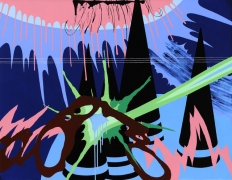 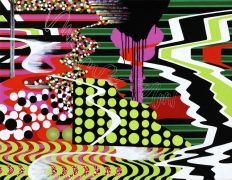 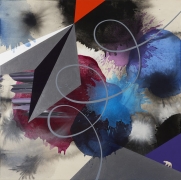 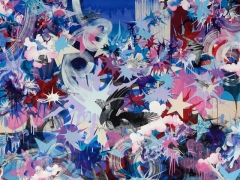 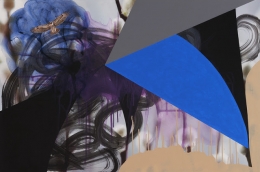 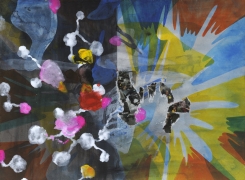 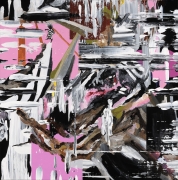 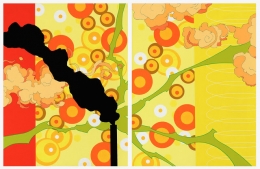 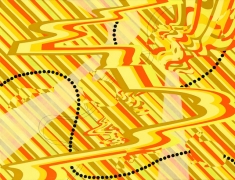 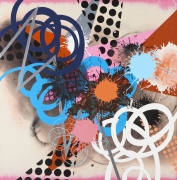 Kara Maria produces paintings and work on paper that reflect on political themes such as feminism, war, and the environment. She borrows from the broad vocabulary of contemporary painting; blending geometric shapes, vivid hues, and abstract marks, with representational elements. Maria received her BA and MFA from the University of California, Berkeley. She has exhibited in solo and group exhibitions throughout the United States at venues including the San Francisco Museum of Modern Art; the Cantor Arts Center at Stanford University; the Contemporary Arts Museum in Houston, Texas; the San Jose Institute of Contemporary Art; and the Katonah Museum of Art in New York; among others.

In 2016, Maria’s work was featured in a solo exhibition, Head Over Heels, at the University Art Gallery at California State University, Chico, which included an accompanying monograph. Her work has garnered critical attention in the Los Angeles Times, the San Francisco Chronicle, and Art in America. Maria has completed residencies at the Montalvo Arts Center, Recology Artist in Residence Program, Djerassi Resident Artists Program, and at the de Young’s Artist Studio. She is recipient of multiple awards and honors, including a grant from Artadia and an Eisner Prize in Art from the University of California, Berkeley. Maria lives and works in San Francisco.