During the 1950's Warhol led a successful career as a commercial artist. In 1952 he had his first solo show at the Hugo Gallery, New York and by 1956 Warhol was included in his first group exhibition at the Museum of Modern Art, New York. The 1960's proved to be the decade that produced work of prime significance in Warhol's career, with brand name American products, such as Campbell's Soup Cans, 1962, and Brillo Box (Soap Pads), 1964, which solidified Warhol's place as one of the pioneering figures of emerging Pop art. Also during this period, Warhol created works of famous American icons including Marilyn Monroe, Elvis Presley, Elizabeth Taylor, and Jacqueline Kennedy.
Warhol founded Interview Magazine in the 1970's and continued his work. During this time Warhol investigated several themes ranging fro Mao and Hammers and Sickles to numerous commissioned portraits of jet-set celebrities.

Warhol died February 22, 1987 in New York City after complications from a routine gall bladder surgery. In 1989 the Museum of Modern Art, New York, honored the artist with a major retrospective of his work. The Andy Warhol Museum opened in Pittsburgh, Pennsylvania in May of 1994. 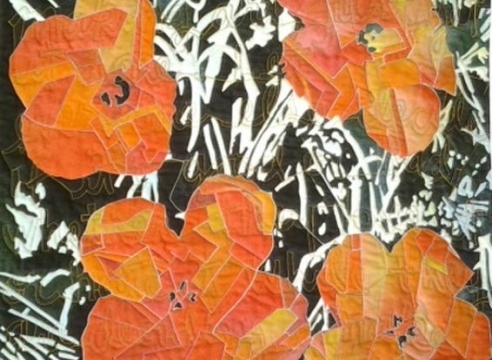